After spending three days on the northwest side of the historical center, zocalo, I found the English Library and from a folder with local rentals found Yucatan Vista Inn, run by Alan, the Canadian.He is very interesting to spend time with and runs a great place here. Decided to spend a little more to be here.

Met another Canadian, Richard (at certain angles he looks just like Morgan Freeman). He and I started a conversation, at first on why he moved here from Puerto Vallarta (although he says he really doesn’t understand why he picked here) then turning our conversation towards Mayan ruins and he strongly encouraged my visit to them and meditation on the exactness of line and stone fitting, something very interesting to him due to their lack of modern knowledge and tools. And with Joy’s encouragement I determined to make trips to all the major sites in the Yucatan.

That afternoon, after our conversation, I happened on a small book store, asked for Mayan info section and found a thin paper back on the relationship of not only Mayan geometry, architecture and time measurement and other sciences…..all from the patterns on the local rattle snake. It sounded interesting to me and I knew Richard would be enthralled with it. (and I was right)

That night I left him the book and off I went in early morning to Uxmal. It turned out the bus took us to about 4 lesser sights before Uxmal (and a good thing because the best was saved for last) at about 30 minutes apiece. I found out after the first stop that one needs to be on time. Although I told the driver I was going to the restroom and would be right back he was backing out as I was returning. There were only 5 of us on the bus, an English speaking couple (whom I never really visited with), a young Spanish guy and a young woman from Canada, Sarah. She suggested she and I team up to watch out for each other as to not be left (and she wore a watch!), each stop very remote with only our one bus a day coming and going. It was very enjoyable getting to know her while we explored each site, taking pictures and wondering what it must have all been about. I think if it had not been for her I may still be out there because I, again, went into a restroom and she had to ask the driver to wait for me. Seems like a driver of a huge fancy bus and only five people aboard would be able to count heads. I guess he got paid if we all got home OK or not. 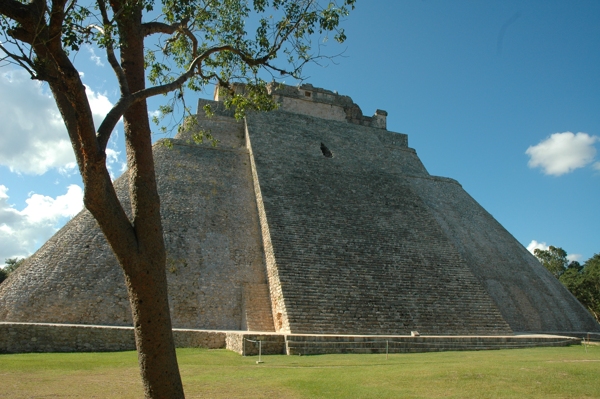 Although having only glanced over the book before the trip, I could see numerous designs from the rattler everywhere not to mention many carvings of The Great Serpent itself. 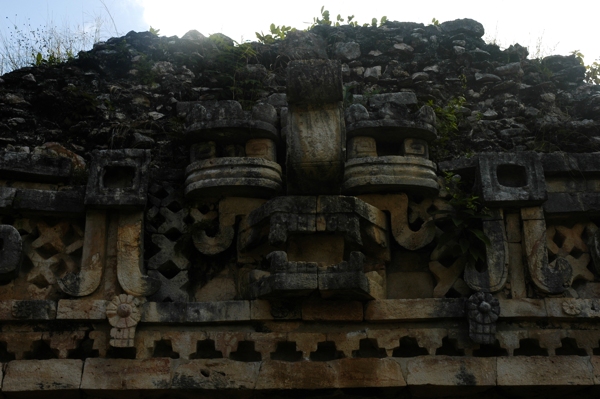 Sarah and I made friends and I was sorry to know she was headed off to Isla de Mujeres, as there were still several trips left to explore and teaming up was a good idea, instead of going it alone. I will make several trips again by myself and hope not to miss my bus! 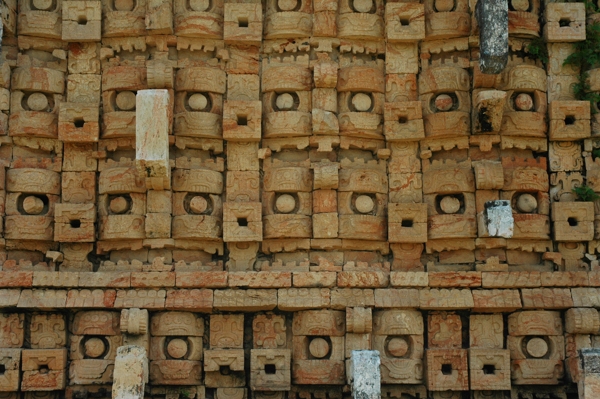 When I returned home Richard had read the whole book and was in total awe. So many questions had their answers revealed to him. He was more than excited and with the other conversations we had together, sharing insights, he actually had to ask if I had been ’sent’ to him by someone/something. I have been playing myself down every since but we continue to have great conversations. I will read the book too and I am sure we will talk up a storm. 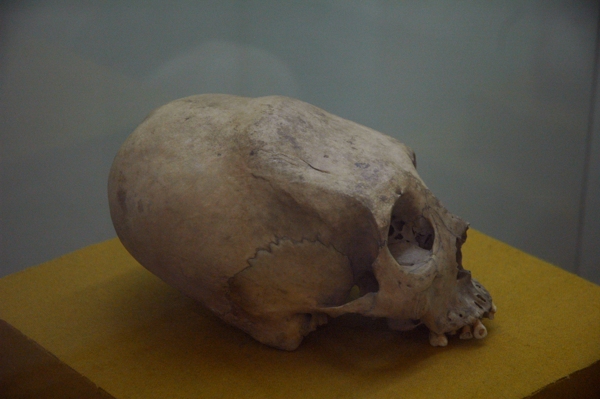 I did go to another art event put on by the city of Merida Art Celebration, free at another fancy theater, a singing concert by Maria Teresa, very popular hereabouts. I sat on the front row and did not talk to anyone until an old man sat next to me and seemed, right away, to be compelled to share some secret knowledge with me. He made some diagrams, kin to the snake, and showed me how that meant ‘night and day’. He added something about the 4th dimension, wrote ‘2012′ but put a cross out over it and wrote ‘2009/2010′. (to show me, it seems, that the 2012 event was much closer). I have the diagrams and will look over them with Richard tomorrow.

After the show was over and he and I walked outside he told a fairly long story….all in quick Spanish. The fact is I could not understand hardly any of what he said…….but also, I did. According to my take he was stating some prophesy, may be Mayan, about a soon to be cataclysm involving much of the world, including the US (which he seemed to think deserved it). But the destruction, which included atomic weapons, would soon strike much of the world. Now the Yucatan Peninsula would rise up in some way as to be safe. I asked him his name as he was leaving and he said (in the Spanish version) ‘Jesus’. Strange night.

Richard knows another couple that says people are ‘drawn’ to this place and very high energy exists here. We teach each other. They are building some retreat out by Uxmal and also believe in a coming ‘event’.
Hummmmmm?????

That’s my story. Who knows what tomorrow will bring here in the Yucatan!

“Good friends, good books and a sleepy conscience: this is the ideal life.” — Mark Twain