Joy and I met a group up at the old Ritz Theater here in Corpus Christi in the dark of night on Saturday. It has been locked up for years, built in the ’20s/closed in the ’80s. It was left ‘as is’ with costumes, set backgrounds, and stuff still there. 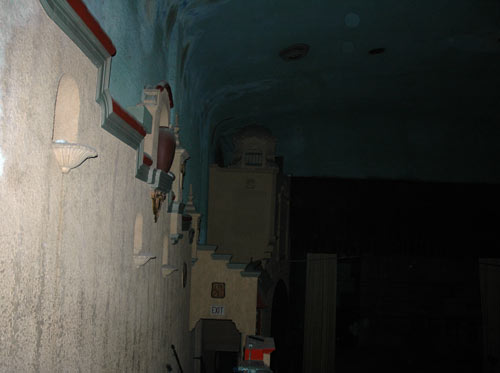 We went in with the Gulf Coast Ghost Hunters Association, with flashlights and assorted gear to pick up sounds, temperature and vibes (?). Joy and I were interested in only having a flashlight and camera. 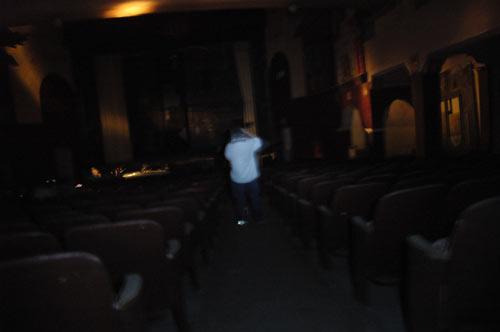 I pulled my shirt up over my nose as soon as we walked inside and kept it there the whole time, sweating in the heat, in total darkness, no electricity, with dust so thick a million specs danced in the beams of our small flashlights like a long particle ray. No one else seemed to mind; I did. Lots of rats living in there along with who knows what else!

We toured for an hour with a guide who would stop now and then, order all lights to be turned out, and ask ghosts, who happened to be around, questions. We heard no answers but were told that the news camera man who came in before us went running out, not to return. 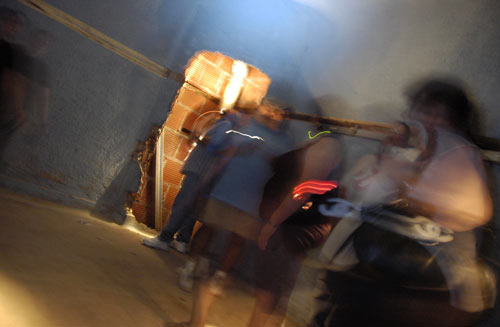 Reports of people being touched, whispered to, strange lights and others screaming and leaving but not on our visit. Then we wandered around by ourselves a little longer until I could no longer take the dust and heat. 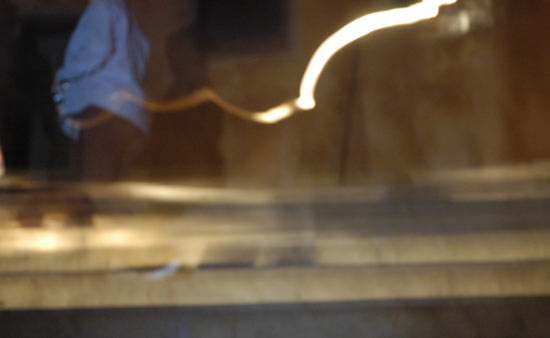 We were upstairs in the projection room and looked down a shaft about 3 feet square and 30 feet down, with a old wooden ladder at the bottom. Joy and I immediately remembered my dream that I had told her about that very morning of me falling into a shaft of ladders and getting stuck, arms to my side, pinned in.

We took pictures. Mine will have to be developed. I used black and white, 6400 speed. 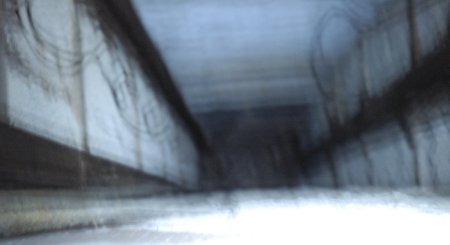 Now I felt a little silly thinking, in the first place that if I was a ghost why would I want to hang out in that dark dank dirty old theater and are there really ghosts at all? 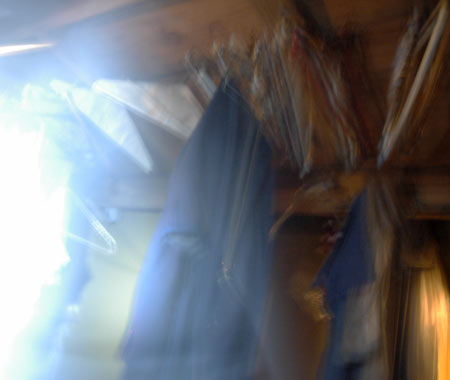 But I have to admit I think I had a visitation. Yes, I think I swallowed one. Yes, swallowed. Being a ghost must be like a gaseous thing. I have been expelling parts of it ever since. I listen hoping to hear a message. Nothing but the usual…well, you know. I did think I heard something weird once. If you are interested give me a call and I will expel a little more and let you listen. Could its name be “Fartamous”? Or “Gasious Clay”? Or “Vaporula”? May be it once played in “Gone With The Wind”? I don’t know but it is weird. 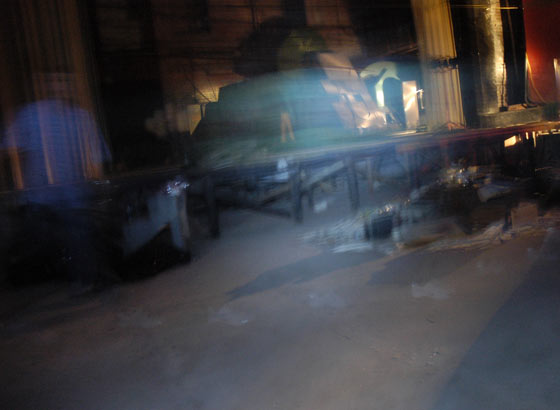 “There is nothing with which every man is so afraid as getting to know how enormously much he is capable of doing and becoming.” — Soren Kierkegaard