I was cleaning out my computer of a lot of old clutter and I came across the cloud image that I used to make the cloud theme for this blog. I thought I’d share with you how the image evolved.

First, we went for a walk back in October, and there was a glorious cloud in the north lit up by the sunset. I shot several pictures, thinking I could use it as a background. I ended up using one of those in the Cloud Calendar, and this one for the theme: 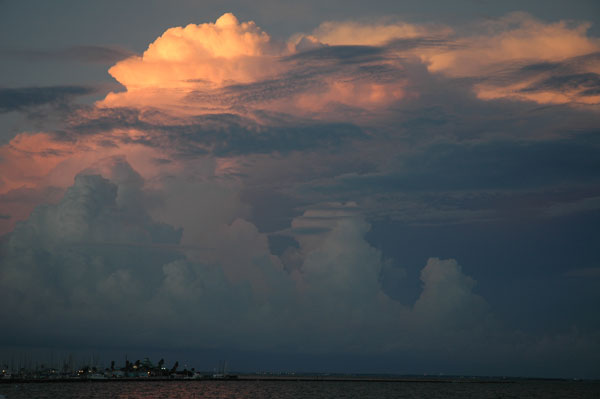 Well, it doesn’t look too good, huh? It’s not quite how it looked, so I adjusted the white balance and the contrast to get it closer to reality. I might have made it a little more dramatic than it was, but it looks much better: 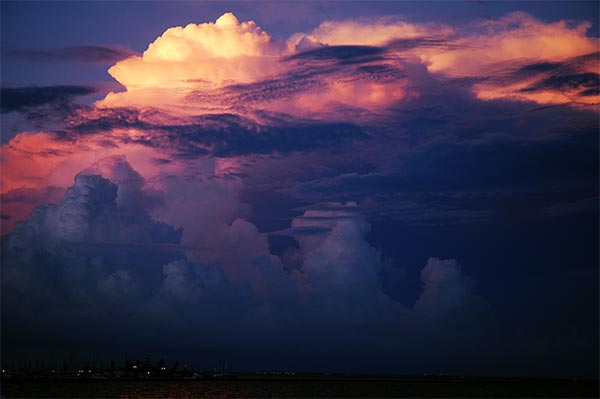 Once I started experimenting with clouds as backgrounds, I realized that you couldn’t have both light and dark colors because then what do you use as a text color? You have to have a contrast with the text, or you can’t read it. So I chose one area of the picture that was fairly low-contrast: 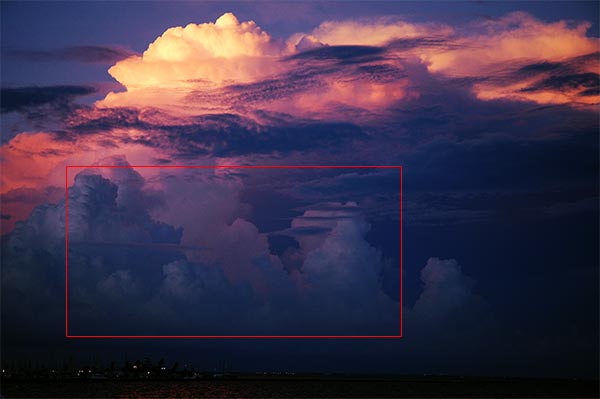 Now it was a bit darker than I wanted for the feel of the blog. I brightened it and tweaked the color. The result is this smaller version of the background image used in the theme. 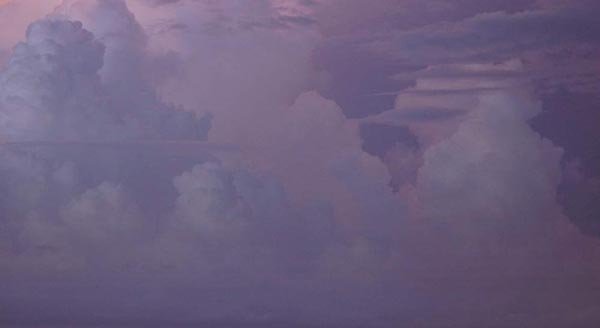 I think it works well. It’s amazing how many different ways you can use one image.

“What does it matter how one comes by the truth so long as one pounces upon it and lives by it?” — Henry Miller