Today was the day. It was slow, but not too painful.
I finally got the tie-dye box out and I had found my tie-dye book with my notes on amounts and conversions, so I decided to try the technique I saw on Dharma Trading: Ice Dyeing.

I dyed two of Steve’s shirts. One is a long sleeve T-shirt and the other is a flannel shirt I made a few years ago. Both started out white. I forgot to take a picture at the beginning. I soaked them in soda ash and wrung them out.

I pushed the T-shirt into diagonal folds and put it on the left. I stitched the flannel shirt in a wavy line on the back and down the left sleeve, and then some random stitches on the front to bunch it up. I put it on the right.

Then the ice, and I had to go to the store and get more because 4 trays of ice was not enough, even partly crushed. Then the dye powder sprinkled on. With the ice in the way, I couldn’t see where the shirt edges were, so I guessed. This was about 11:30. 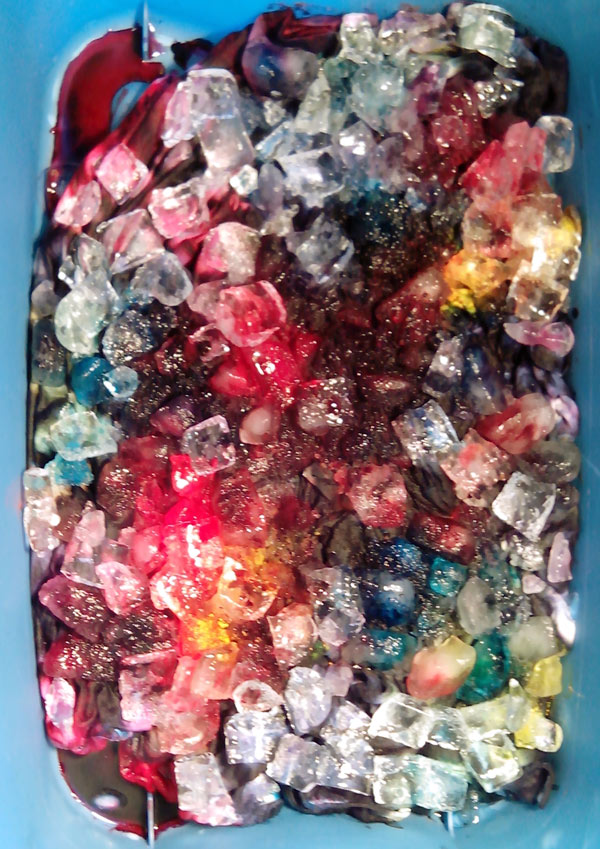 I put a light on it to speed up the melt. Here is how it looked around 3:00 with most of it melted. 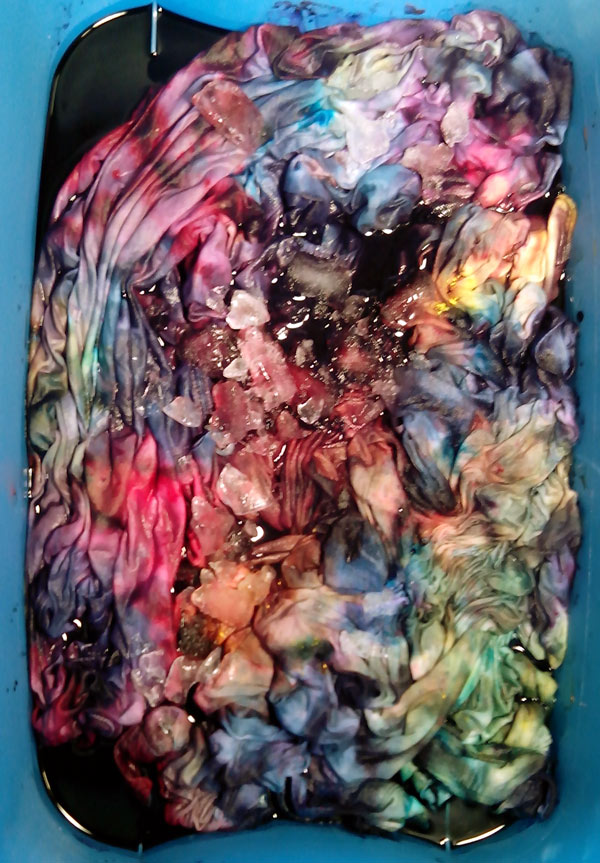 I sloshed it a bit and poked it down in places so the liquid dye could soak in more, because I didn’t want too much pink on Steve’s shirt. That’s a hazard of using fuchsia, I guess.

I decided not to wait 24 hours like the instructions say, since it never made sense to me to wait if the dye is exhausted much sooner than that. Rinsing the shirts at 5:00, they looked really awesome while wet.

Now that they are dry, they look a bit paler, but still pretty special!
This is the front of the flannel shirt, which was on the bottom. 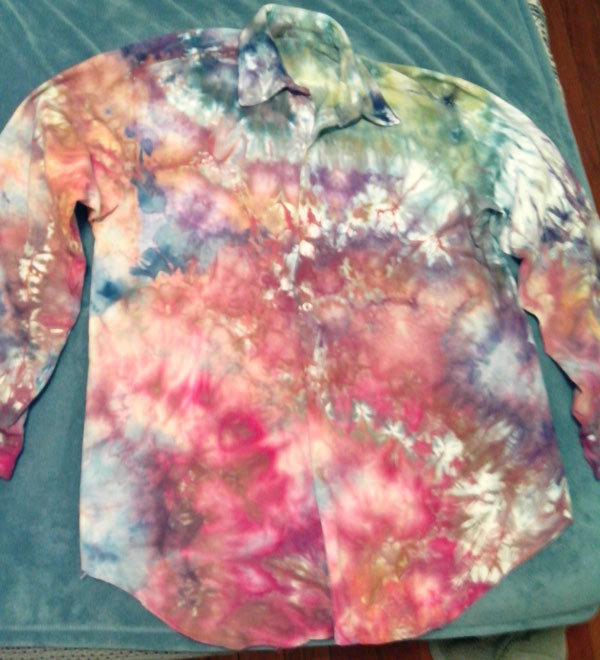 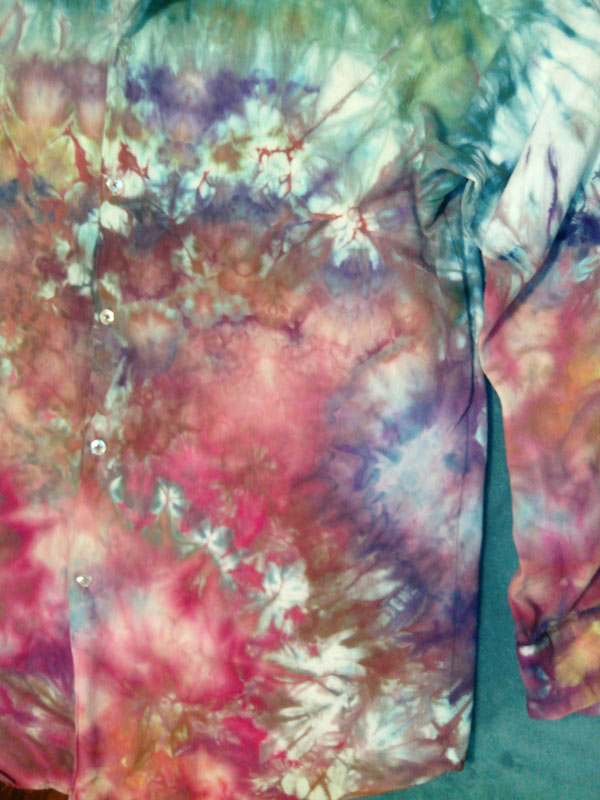 This is the back, which was up. The green was in the bottom right corner of the first photo. 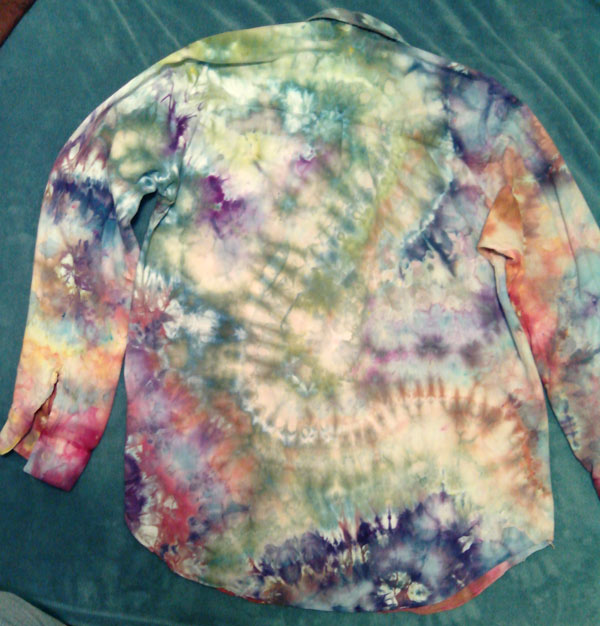 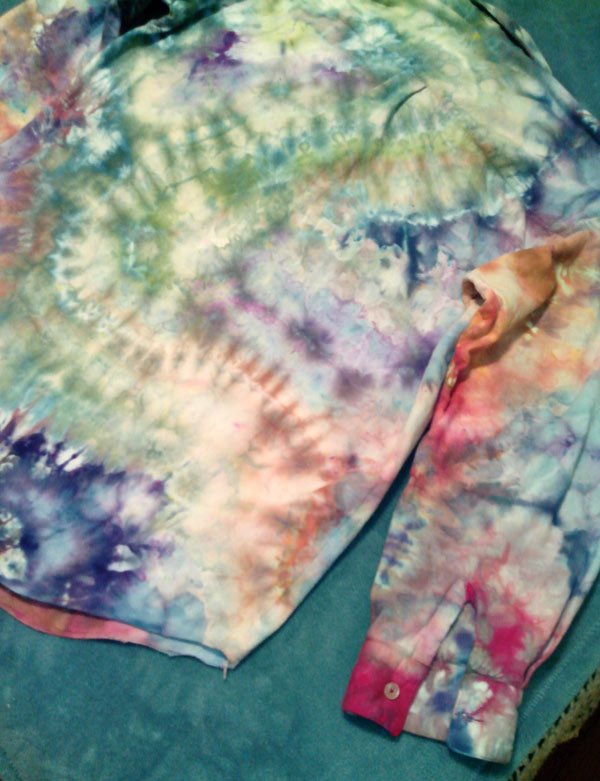 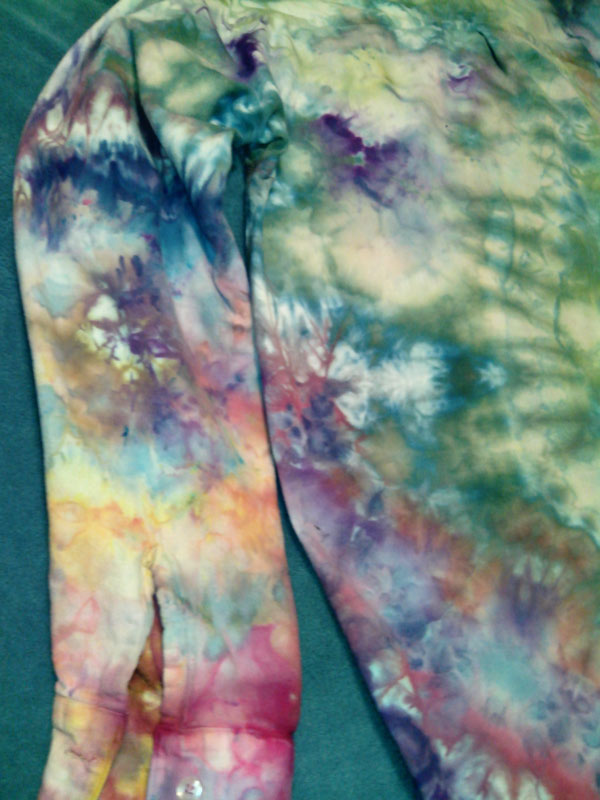 Here’s the T-shirt, front. I have no idea which way it was while dyeing. 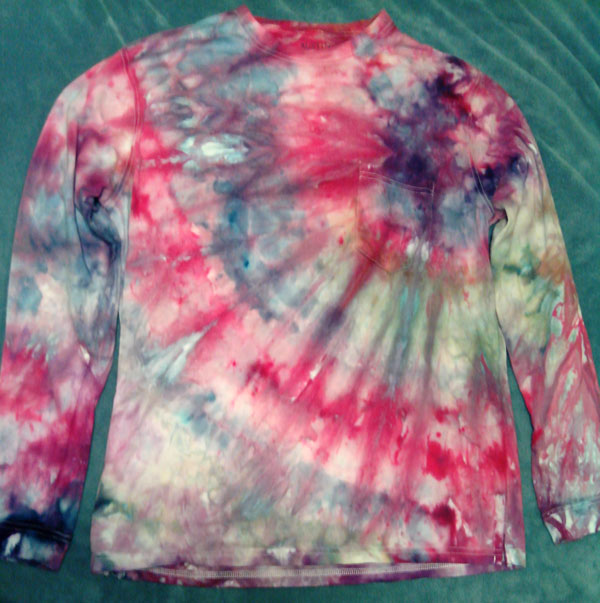 Here’s the back of the T-shirt. 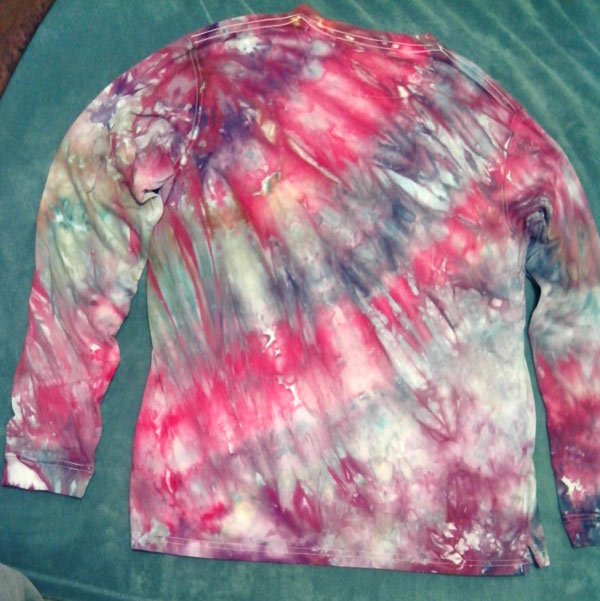 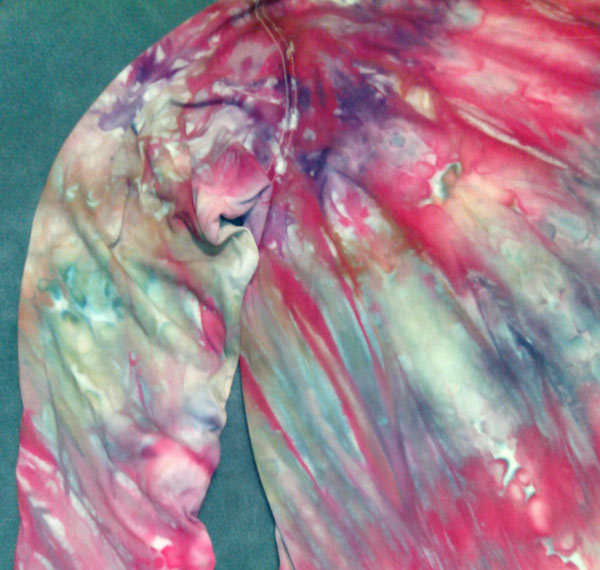 I say it’s a technique worth repeating.
I actually did some more dyeing while these were soaking, but they are still in the dye bath.